Gates to end daily Microsoft role
Bill Gates insists he is not retiring
Speech highlights
Bill Gates has announced he will end his day-to-day role as head of software giant Microsoft by July 2008.

Mr Gates said the move would allow him to spend more time on health and education work at his charity, the Bill & Melinda Gates Foundation.

"This is a hard decision," said Mr Gates, adding that he was not retiring but "reordering [his] priorities".

Mr Gates will continue to serve as the company's chairman and advise on key development projects after July 2008.

The change we're announcing today is not a retirement - it's a re-ordering of my priorities
Bill Gates
Chairman, Microsoft

"What's happening now is we're starting the transition plan... I'll be working as hard as I ever have during these next years."

The firm said it would take two years to make sure the transition takes place smoothly.

Mr Gates said there was a "common thread" between his work at Microsoft and the foundation.

"I'm very lucky to have two passions that I feel are so important and so challenging," he said.

Microsoft's chief technical officer Ray Ozzie will be given the title of chief software architect and work with Mr Gates on all product issues.


Microsoft
Founded in 1975, now the world's biggest software company
Flagship products are the Windows operating system and Office suite of word processing and spreadsheet software
Windows runs on about 90% of the world's PCs
2005 revenues - $42.6bn

Craig Mundie meanwhile will assume the title of chief research and strategy officer.

At the same time Mr Mundie will work with general counsel Brad Smith to focus on the firm's intellectual property and technology policies.

The change comes as Microsoft gears up for the delayed launch of its new Vista operating system, now scheduled to be available to the public in January 2007.

Shares in the firm closed up 0.9% at $22.07 before the announcement but after the news emerged, they fell 9 cents in electronic trading on the Inet electronic brokerage.

Analysts said the move had not come as a huge shock and that two years provided enough time to make the change.


Bill and Melinda Gates Foundation
Fund of $29.1bn
$10.5bn in grants since 1994
Aims: reducing poverty and improving health and access to education
Largest grant: $1bn to the United Negro College Fund
70% of aid spent outside US

"The people who are taking over are very experienced and have been with Microsoft for a while," said Jean Orr, an analyst with Nutmeg Securities.

Daryl Nanes, principal at Nanes Delorme Capital Management, said: "I don't think Gates stepping away from his day-to-day responsibilities at Microsoft will be negative for the rest of the market.

"But Microsoft shareholders are assumed to have some jitters about the ambiguity regarding the future leadership of the company that Gates founded and ran for over 20 years," he added.

Story from BBC NEWS:
at June 16, 2006 No comments:
Email ThisBlogThis!Share to TwitterShare to FacebookShare to Pinterest 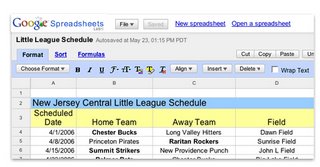 Google mounts a challenge to Microsoft's Excel with a new Web-based spreadsheet program. Google Spreadsheet supports the import and export of documents in the .xls format used in Excel and the .csv (comma-separated values) format.

Google Spreadsheet allows multiple people to edit or view the spreadsheet at the same time--their names will appear in an on-screen chat window.

Google Spreadsheets turns up heat on Excel
An Internet connection and browser is required to use Google Spreadsheet and no software need be installed on your computer. This eliminates the loss of data through hard drive failures or power outages.
at June 07, 2006 No comments:
Email ThisBlogThis!Share to TwitterShare to FacebookShare to Pinterest
Newer Posts Older Posts Home
Subscribe to: Posts (Atom) 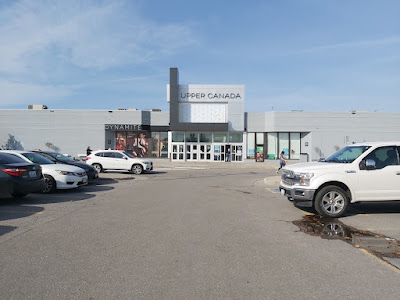